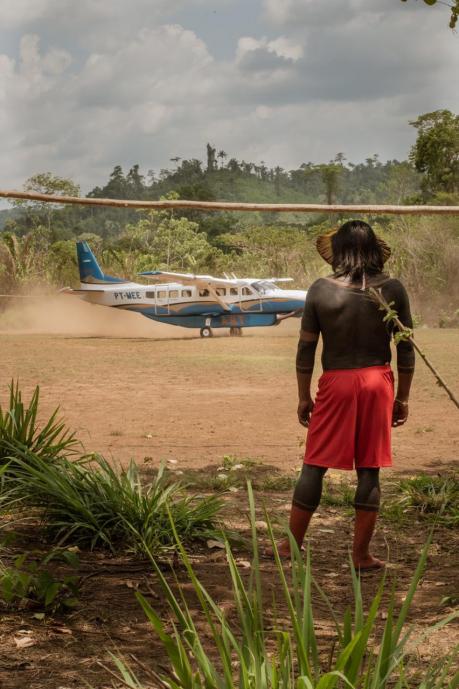 We know that reaching a remote jungle destination is, for most people, a challenging experience. With well planned logistics and the best in terms of air, land, and water transportation, our company provides easy and reliable ways to reach our remote jungle lodges.

Let's focus on the first step: which flight do I have to choose to fly to Manaus - Brazil?

If you are flying from the USA, nowadays we have two good recommendations.

1 - DELTA/AMERICAN/UNITED/CONTINENTAL from major US cities to Sao Paulo airport (GRU) then connection with code share (LATAM and GOL) to Manaus.

PROS: flying directly from major US cities, many flight options to GRU airport, and several connecting flights to Manaus, good in case of missed connections and delayed flights.

CONS: Flying over Manaus down to Sao Paulo and then north to Manaus. Add 6 to 8 extra hours to your flight.

This is a very good option since it is almost a straight north-south flying route from the US to Manaus. There’s several flights from major US cities to Panama City and the flight from Panama to Manaus is only 3:45min.

PROS: The shorter flight route between US and Manaus. Reliable route from Copa Airlines.

CONS: Only one flight per day serving Panama-Manaus route. Arriving late in the evening in Manaus.

If you are flying from EUROPE, actually we have many options from major European cities.

2 - A very good option is flying through Lisbon with TAP to Brazil on other routes instead of using Sao Paulo Airport as the main hub.

There are excellent options from TAP Portugal to Recife, Fortaleza, Brasila, Belem and them with code share to Manaus. Shorter flights can be found with these options.

If you are flying from LATIN AMERICA, actually we have many options from major Latam cities.

Many flights from major Brazilian Airlines are connecting Santiago, Buenos Aires and other South American airports to Sao Paulo, Rio de Janeiro, Recife and Brasilia then the easy connection with several daily flights to Manaus in this South to North route.

Essential tips: In these new times after pandemics, booking flights can be challenging, so the earliest you book the flights, the best to find good availability and rates.

Many new flight options and routes are available every month since the end of the pandemics due the increase of demand to South America, so stay updated with your travel agent to check new options.

We are also ready to assist you to find the best route to your next Amazon jungle fly fishing adventure. Please do not hesitate to contact us.